Slim rolled into the driveway at Maddog's with his hair blowing all over like a mad scientist and his beard parted blowing behind him, it was a David Mann painting in real life, if I ever seen one. Slim has owned this bike for 40 plus years and has tons of stories to tell about this awesome bike. The koolest one he told this weekend was in the late 60's early 70's time frame his Panhead was in dire need of a rebuild so he bought a running Knuckle drive train for $800 dollars and put that in this frame, as he was riding across Texas it decided to let loose, he cracked the cases and was stuck on the side of the road, where he said he cried until he got some booze. Well he made it back and slapped his Panhead back in the frame and never turned back. 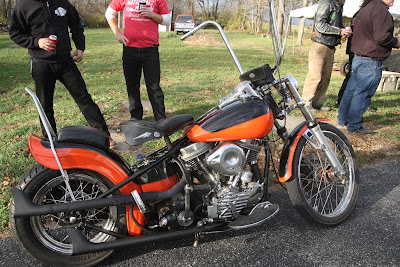 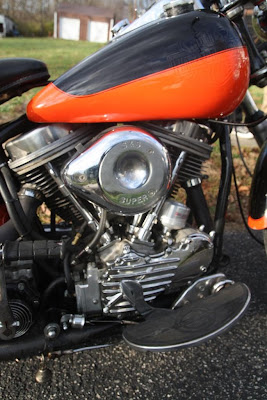 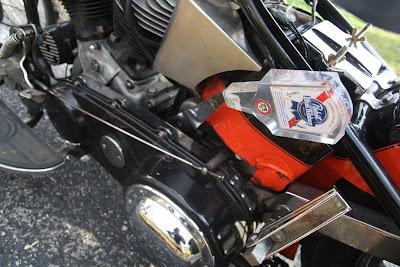 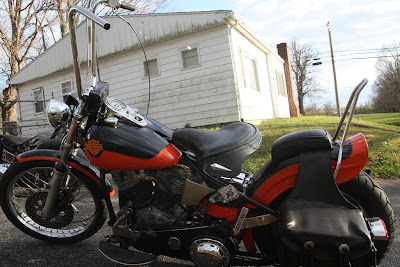