The Weekend That Went By Too Fast 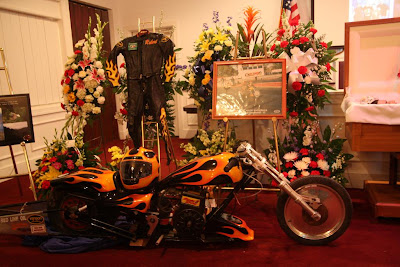 Saturday it rained like cats and dogs but some of us scooted over to pay our respects to Robert, he was a 20 year old just about to start his life but cystic fibrosis took him away. 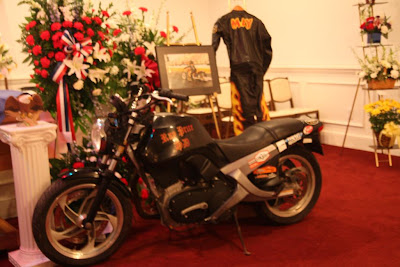 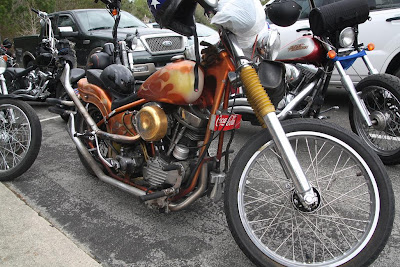 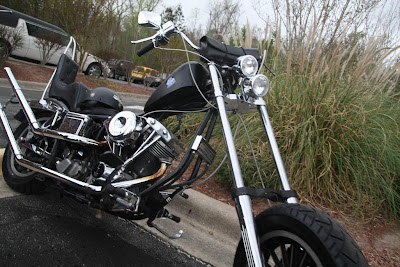 I took some of pics of bikes in the parking lot, but the most came out so patch infested that every bike has a Tommy tough nuts with a cane behind every bike so they are mostly worthless now. 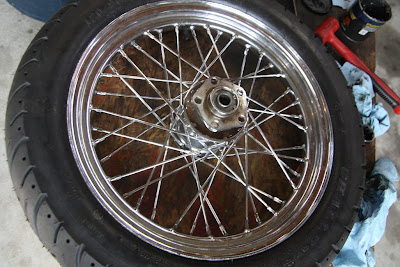 Sunday we got to work in the shop, I repacked my wheel bearings and bolted my sprocket and rotor to the rear wheel. 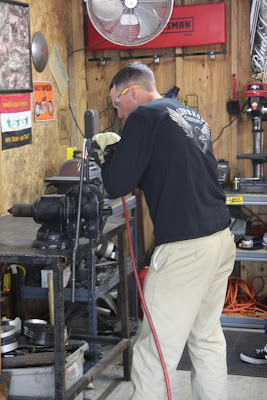 Rollin began working a sissy bar into shape for his bike for the Revenge Run. 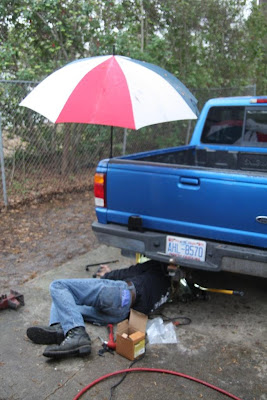 Indy Bill had to work in the rain to replace a shackle that rusted through. 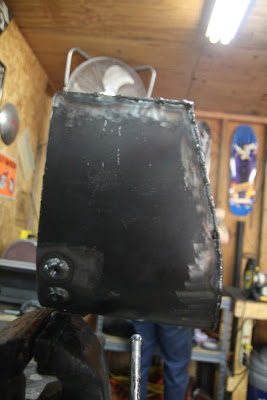 Monday was me and Dave-o's day to knock some stuff out, he did some finish welding and I rebuilt my fork legs. 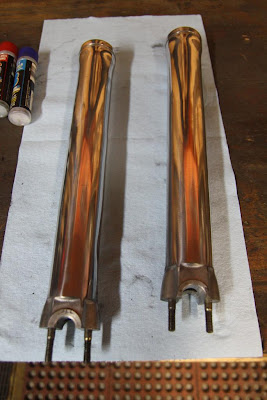 A nice shine but I'm gonna chrome these in the future. 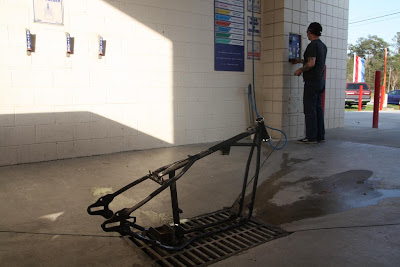 Last but not least a trip to the car washto clean the road and Ironhead grime up.
Posted by Shoprag at 9:33 AM