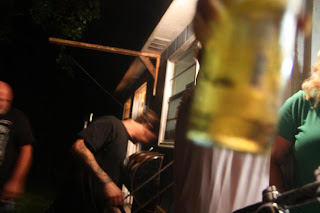 So we had this killer magazine release party, that was an awesome time, we took the jukebox over, and literally the whole bar and made some of the regulars think what in the hell is going on.  Well my dumb ass didnt get one pic at the bar because I was socializing and playing music on the jukebox and losing pool games with Madi. 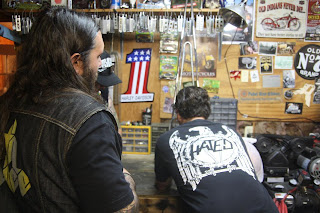 So we brought the party back to the shop and me oh my, what a time.  Billy rode with Dave-o at warp speed home, and the fun continued with stories and nachos which we devoured. 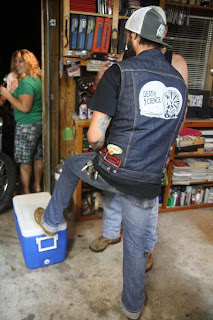 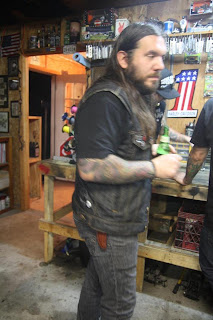 Tim brought Dave-o some goodies for his Knuckle project so they immediately went on the bike. 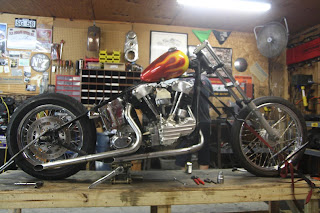 Monday when we finally recovered, did some work in the shop I think me busting dave-o's balls about building a full tilt bike has finally paid off. 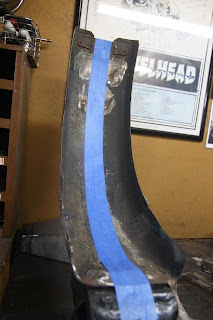 Took 2 inches out of the center of this hinged fender, its gonna be PIMP. 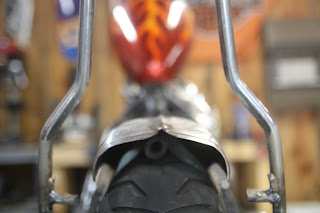 He has to put the hinged part back in, but it will look good. 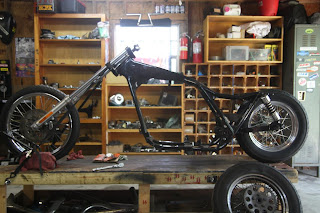 Indy Bill came over and started assembly on his FX-Gay-R which is a crazy 9 foot long, but he has ridden the hell out of it with over 200,000 miles on the bike, he re-manned the motor and freshened everything up. 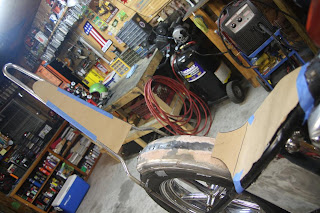 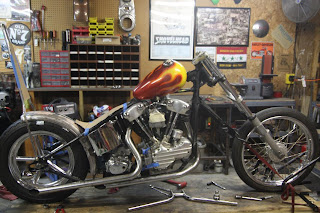 All it was missing was the original idea, to run the Invader on the rear
Posted by Shoprag at 11:21 AM