Lifes not about having the koolest chopper parts that money can buy, or making the most kool trips in a year to bike shows, or trying to be a tough guy who thinks a motorcycle is a status quo. 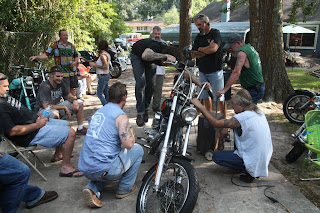 If you've never just had a big BBQ with some of your closest friends and their families than you have no clue.  We had Shadetrees make the trip down from Kentucky and Tennessee and some local folks too.  I t was a great time had by all, with a bike build coming to an end kept alot of the attention as everyone made fun of Indy Bill as he tried to finish his bike. 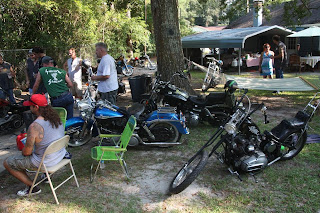 I wish I had a wide angle lense cause their were bikes all over the yard. 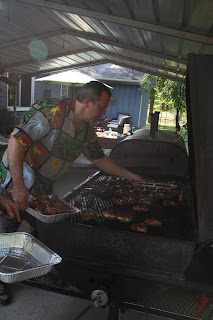 Thanks to Big Al, Dirty Dave, Tam, OBJ, my mom and everyone else who cooked all weekend. 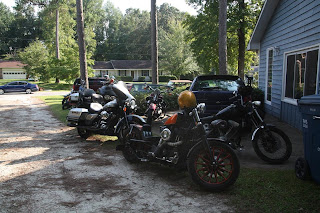 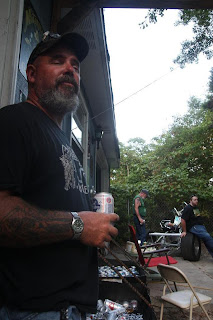 Kevin made it down from Wake Forest 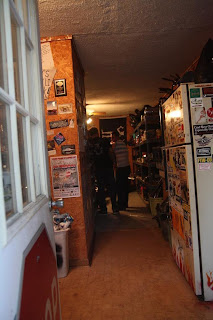 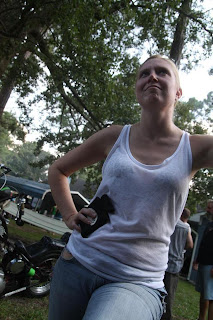 Sara from Kentucky who punked out Billy 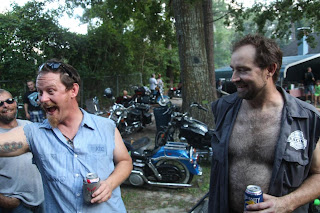 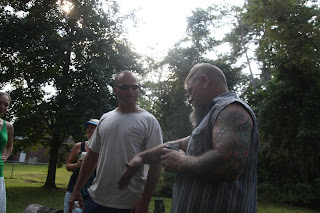 Maddog and Moose reliving the past. 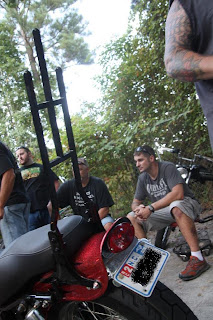 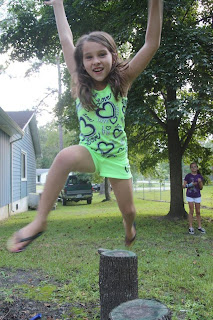 Some of the kids wanted a photo opp for their facebook. 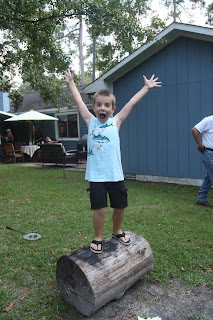 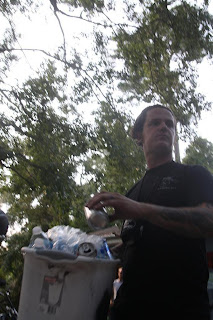 Dave-o taking the trash out. 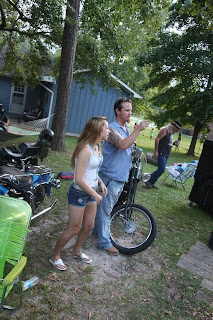 Chad was getting schooled by a high schooler in the ring toss game. 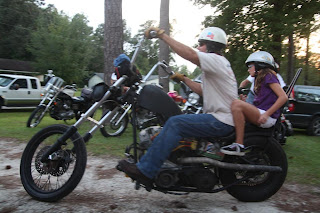 Moose leaving with his daughter. 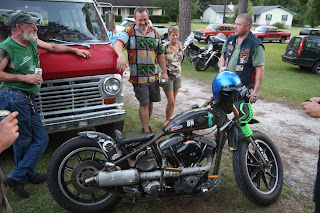 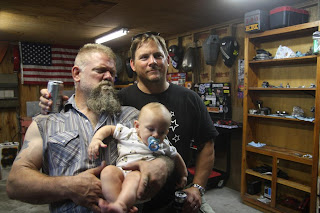 Maddog, his son Sam, and Heavy 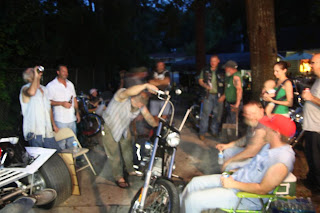 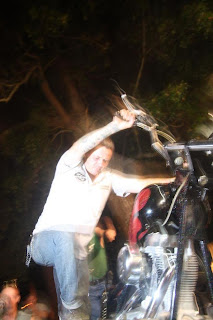 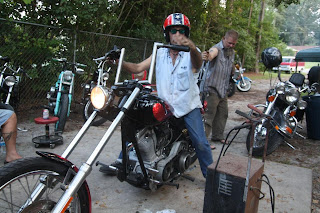 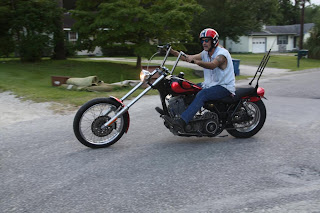 Weeks leading up to the Hugaroot Indy Bill has been over to the house busting his ass to finish this bike.  Bill has put over 230,000 miles on this FX-Gay-R and the bike decided it needed a complete look over.  Its been a long year but a new reman motor, rebuilt trans, new paint, new everything basically but the same ol bike and same ol owner.  Indy Bill had to finish the bike under the supervision of 20 to 30 people while they cracked jokes on him hard and always gave their opinion on how to do the job an easier way or say I would have done it this way. 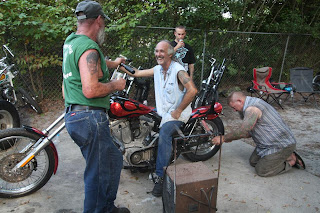 But after his test ride and all seemed good, he still hasnt lost the smile you see in this pic.  Congrats Indy Bill, Love ya mang.
Maybe the greatest feeling in life is the feeling of accomplishment of a long, testy, project that hits in the pocket, head, and sleep.  But you find out who is the shit in your life when they come through for you and help out whether it be a cooked warm meal, a donation paint job, or the one that kicks your bike 20 times cause your tired as hell and cant kick no more just to find a pulled spark plug wire and you can laugh about it.
Posted by Shoprag at 2:08 PM