So you need part of the back story before you get the rest of the story. On the Revenge Run we seen Steve and his buddies broke down, we stopped and we helped get him home Easter weekend. Dave-o was in need of some risers and we hooked Steve up with some on the springer he rode home. He contacted Dave-o and said he would send em. Well Tam got the notice on the porch to go pick- up a box. She arrived at the shop and told me and Dave-o to come out to the truck. Me and Dave-o saw two giant boxes in the truck and thought what in the world this could be. 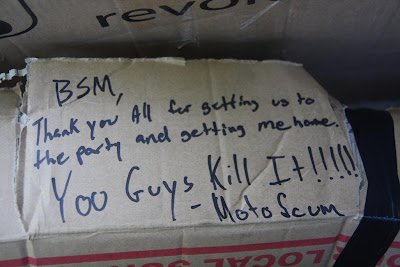 The first box had this message for us and wrapped in bicycle tubes and bubble wrap was the springer I had given Steve. When two springer's crack on you, you just give up on em and stay with the fork set-up. 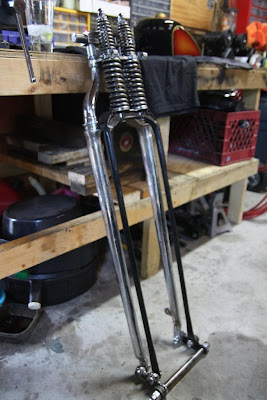 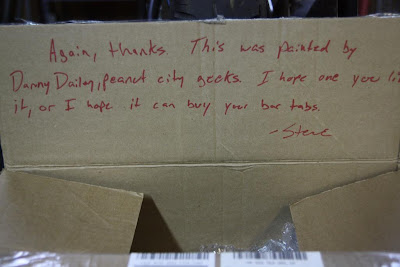 The second box had this wrapped up in a t-shirt, sweat shirt, and flannel and wrapped in elec. tape. When we un-wrapped it we found the gem of a tank, hats, and t-shirt. 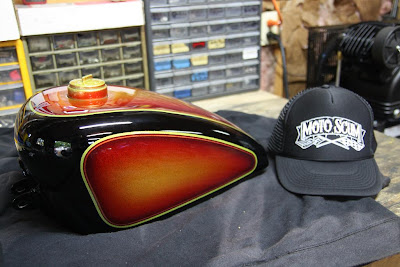 Steve said hopefully the tank makes us happy or will cover our bar tab. I can tell you this Steve there is no way in hell me or Dave-o would ever sell this tank man its gonna go on my bike. The story that goes with this gas tank is the koolest part. So I'm gonna rock my Moto Scum hat and the gas tank all over the place. 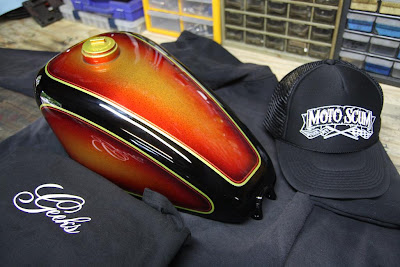 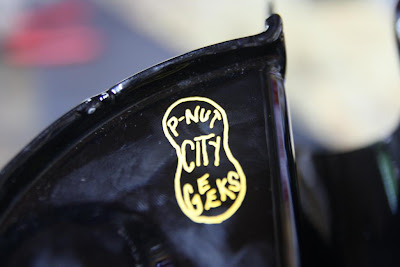 Peanut City Geeks and Moto Scum thanks for the surprise and just know if you are at the Death Science BBQ you have will have a cold beer on me and Dave-o. You guys rock.
Posted by Shoprag at 8:01 AM