Heroes that influenced me Part 2

Long before skateboarding and choppers went together like PB&J, before kool shows like Born Free and Brooklyn Invitational ruled the planet, before people surfed the Internet for ideas and parts, before Harley Davidson made the metric V-Rod. When people appreciated a nasty weld on a show bike, or a rattle can paint job on a bike, roamed this man. This man was a biker, a Marine, a SHADETREE. 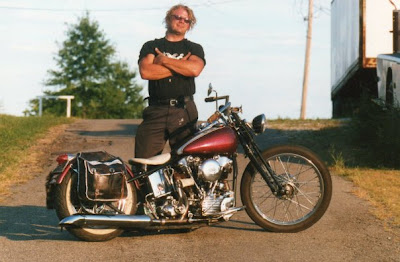 His bikes have graced the pages of Iron Horse, to V-Twin, to winning best rat bike at an Easyrider's show. 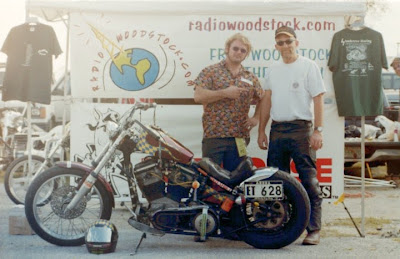 He drag raced a famous bike called the Herniator, the name was given to the bike due to the hernia he suffered from while kicking this monster to life. 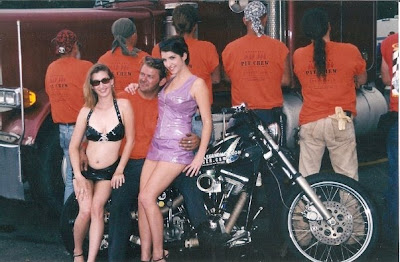 Maddog had full pit crew of misfits we top of the line sponsorship. An OBGYN, Chopper Dave, Country Time Bar, Hogger.com, and a few other shops were sponsors. 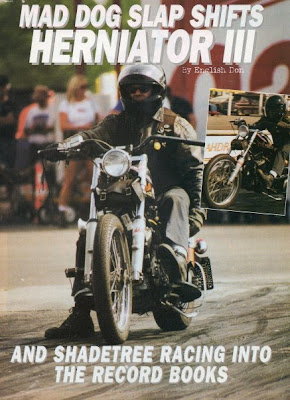 Now this drag bike wasn't your average drag bike, it was a kick starting, slap shifting, fire breathing beast. Yes for a good bit of time he owned the world record for foot clutch/hand shifting 1/4 mile. The rules read today NO foot clutch only hand clutch allowed in AHDRA. 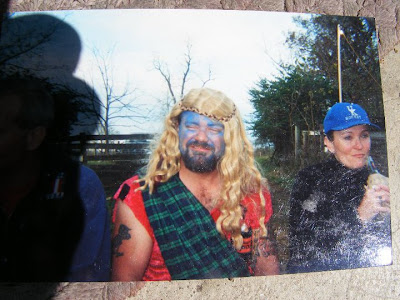 Now lets not leave out he wasn't a responsible racer all the time he knew how to party down, from Halloween, to World parties, to Rockinghams, he was the center of the party and still is. 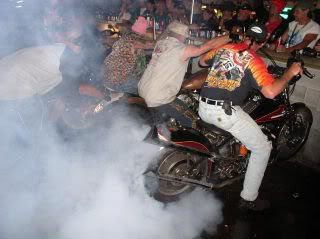 From crazy parties in Daytona with Fingers, to moving the outside bar at The Last Resort doing a 4 bike burnout against the bar. Those were crazy ass times. 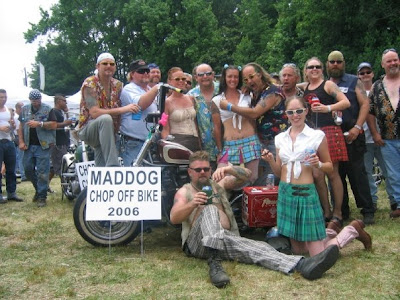 The most ridiculous of all is when they asked him to build a chop-off bike for the Smoke Out, he took it as a joke because the biker build-offs were a big thing and a very trendy thing going on at the time, so he built one of the funniest bikes ever and on a budget. Even better was the shit we wore at that years Smoke Out, polyester pants and Hawaiian shorts. 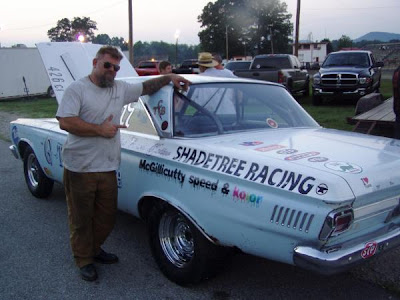 Since married life for him he has calm down a bit, but drag racing his Belvedere and the re-invented Herniator. 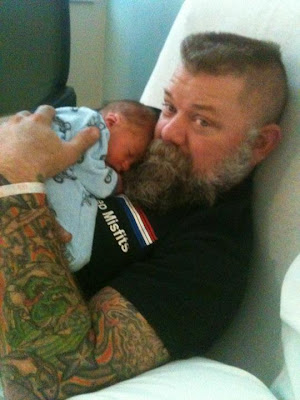 Rob "Maddog" Moore has started a new chapter in his life as a dad. He will continue to drag race and ride bikes and build bikes, just with a extra set of eyes watching his every move. If you have ever met Maddog you know he has made you laugh or plug your nose one of the two.
Posted by Shoprag at 9:16 AM